Divorcing an Alcoholic: Is Alcoholism Grounds for Divorce?

Alcoholism can hurt marriages and harm children in the family, leading some people to decide to divorce an alcoholic spouse. Knowing what to expect can help.

The Recovery Village
About our Editorial Team
Editor Theresa Valenzky

Theresa Valenzky graduated from the University of Akron with a Bachelor of Arts in News/Mass Media Communication and a certificate in... read more 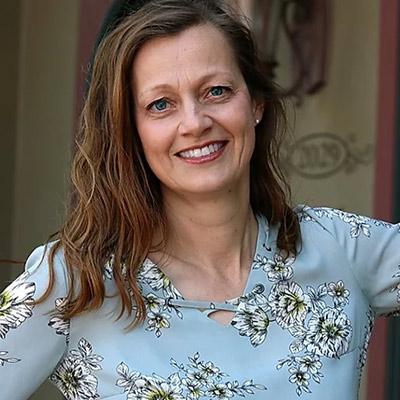 Erika Krull has a master’s degree in mental health counseling and has been a freelance writer since... read more

Alcohol abuse can take a toll on relationships. If you’re married to someone struggling with an alcohol use disorder, you have probably experienced the mental, emotional and financial consequences when a family member abuses alcohol. If your spouse refuses treatment, divorcing an alcoholic may become a reality for you. Below, learn what you can expect when divorcing an alcoholic spouse.

As of 2019, 5.6% of U.S. adults had an alcohol use disorder,or alcoholism, which can be mild, moderate or severe. Engaging in binge drinking or heavy alcohol consumption increases the risk of alcohol dependence and addiction.

Signs Your Spouse is an Alcoholic

When you’re living with an alcoholic spouse, they will show some or all of the following signs and symptoms of an alcohol use disorder:

If you’re thinking about divorcing an alcoholic, it is probably no surprise that alcoholism can damage marriages. In fact, one of the symptoms of an alcohol use disorder is continuing to drink when it causes problems with your family.

Just as alcoholism can hurt marriages, it can also damage families. For instance, a person  with an alcohol use disorder may be unable to maintain steady employment, creating financial problems for families.

A study that involved interviews of individuals who underwent treatment for drug and alcohol addiction found that addiction was linked to numerous forms of disruption within families, including marital problems, loss of child custody, job loss and abuse. Individuals who abused drugs and alcohol also experienced legal trouble and accidents, causing distress to their families.

Perhaps the most significant consequence of having a spouse who abuses alcohol is its effect on children. One recent study found that alcoholism in mothers was linked to financial strain and an overall negative family climate, increasing the risk that their children will use alcohol by age 15.

Given the harmful effects of alcoholism on marriages and families, it is no shock that it increases the risk of divorce. Some reasons people may choose to divorce an alcoholic spouse include:

Is Alcoholism Grounds For Divorce?

The laws associated with divorcing an alcoholic vary from state to state, but all 50 allow for a no-fault divorce, meaning each partner’s faults are not considered in proceedings. While all states allow no-fault divorces, only 17 states and the District of Columbia are true no-fault divorce states, meaning it is the only option. In this instance, the court considers marriage a contract termination and does not consider behaviors like alcoholism.

A no-fault divorce can be a strong option for an individual divorcing their partner because they do not have to prove their spouse has a substance use disorder. You might consider a no-fault divorce if you live in a true no-fault state, where it is the only option, or in a state where it is one of several options. It is often cheaper, and with a no-fault divorce, you are not stating that you were at fault.

On the other hand, some states specifically list alcoholism as grounds for divorce. For instance, Ohio recognizes habitual drunkenness as a reason for divorce. If you have questions about your specific state laws, consult resources or legal counsel in your location.

If you live in a state that offers at-fault divorce as an option, you will need to prove your spouse is struggling with alcoholism. This will require you to produce evidence, which could include:

If you can prove in court that alcoholism is the grounds for your divorce, certain factors could affect debt division. For instance, if your spouse incurred legal fees or medical bills or used joint credit cards to fund their alcohol abuse, they could be responsible for these debts.

Divorcing an Alcoholic Who is the Family’s Financial Support

Divorcing an alcoholic spouse may seem scary for those who rely on their spouse for financial support. If your spouse is a functional alcoholic, they may be able to continue working and could even be the primary breadwinner for the family.

If this is the case, you may be eligible for alimony to continue the standard of living you had while married. Suppose your spouse was the sole income earner, and you stayed at home to raise children or otherwise care for the family. In that case you could be granted an alimony payment for some time so you have a source of income until you can complete training and any other requirements to obtain employment, so you can support yourself.

Another consideration when divorcing someone with an alcohol use disorder is child custody. When a judge hears a divorce case, their responsibility in child custody decisions requires determining the child’s best interests. This means they will make custody and visitation orders to ensure children are cared for and safe.

If one parent has an alcohol use disorder, it could impact custody decisions. For instance, a judge is not likely to award sole or joint custody to that parent. Visitation may also be restricted if there is alcohol abuse, and the court could limit overnight visits. A parent with alcohol use disorder could petition the court for a change in visitation or custody if they undergo treatment and show they have been sober for a period.

Staying Safe When Divorcing an Alcoholic

Sometimes, alcoholism can lead to violence within a marriage, and the risks could increase when you decide to leave. A spouse angered by the threat of divorce may act out violently or increase their drinking. If you are concerned for the safety of you or your children, you might consider taking the following steps:

What To Expect After Divorcing an Alcoholic

If you decide to end the marriage, expect challenges after the divorce. You might go through a period of grieving the loss of your marriage, especially if the union was strong before your spouse developed an alcohol addiction. It is normal to have mixed emotions, including anger, sadness or even relief.

After time passes and you process your emotions, you may find life becomes easier when you no longer live in a home affected by alcoholism.

If you or a loved one live with alcohol addiction, help is available. The Recovery Village Cherry Hill at Cooper provides comprehensive alcohol addiction treatment, including inpatient and outpatient rehab, in South Jersey and Philadelphia. Contact us today to begin the admissions process.