The Recovery Village
About our Editorial Team
Editor Rob Alston

Rob Alston has traveled around Australia, Japan, Europe, and America as a writer and editor for… read more 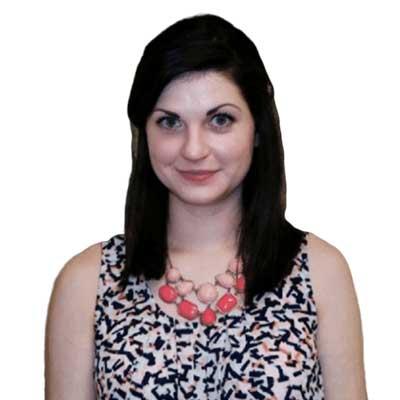 Denise-Marie Griswold is a Licensed Clinical Addictions Specialist. She earned her Master’s Degree in… read more

Cocaine is a powerfully addictive stimulant, and people with cocaine use disorders often require professional rehab in order to successfully overcome the addiction. There are several options for cocaine addiction treatment and rehab that can help interrupt the addiction cycle and help people achieve long-term success in recovery. It’s important that people who are considering rehab know what their options are and how to evaluate cocaine rehab programs in order to get the best treatment possible.

The first step towards recovery is to set up an initial evaluation with a quality rehab facility that can provide recommendations and referrals for treatment. In many cases, cocaine treatment starts with medical detox and residential rehab, which is followed by outpatient rehab and long-term aftercare.

Cocaine is a product of the South American coca plant (Erythroxylum coca). Coca leaves are soaked in gasoline to extract the cocaine precursor, which is further processed to make the final product, cocaine hydrochloride. Additional chemical processing can convert powdered cocaine hydrochloride into a water-insoluble, crystalline product called crack cocaine.

Cocaine is a potent central nervous system stimulant that exerts its effects by increasing levels of the neurotransmitter dopamine in the brain. Normally, increased dopamine levels in the brain indicate that a rewarding event has occurred — for example, drinking water when you’re thirsty. Cocaine hijacks this reward system, which is how it exerts its addictive properties.

Cocaine use disorders are associated with hallmark signs and symptoms. Although the terms “sign” and “symptom” are often used interchangeably, they are not the same. Signs can be observed and objectively measured by an observer, while symptoms are subjectively experienced. For example, vomiting is a sign and nausea is a symptom.

Common physical signs of cocaine use include:

Behavioral changes that may indicate cocaine use include:

The effects of cocaine use are not limited to immediate signs and symptoms. Cocaine is associated with several short- and long-term health side effects.

Short-term side effects may include:

Long-term side effects may include:

People who are struggling with cocaine addiction are also at higher risk for negative social consequences, including: financial troubles, arrest or legal concerns, job loss and failed relationships.

There are several factors that influence the timeline for cocaine withdrawal, including the degree of dependence/addiction, route of administration, age, genetics, metabolism and overall health status. Because of these variables, it is difficult to provide a timeline that will be accurate for everyone who experiences cocaine withdrawal. However, a general timeline can be described:

Cocaine addiction is a legitimate disease and, like other diseases, it may require professional medical treatment. Most people with cocaine use disorders will participate in a comprehensive treatment program that includes medical detox, residential rehab, outpatient rehab, and participation in aftercare programs.

Some frequently asked questions about cocaine are addressed:

Why is cocaine so addictive?
Cocaine addiction is caused by changes in brain structure and chemistry, particularly in a region called the limbic system. The limbic system is involved in emotional regulation and decision making, so any changes to its structure will affect our ability to control our behavior. The limbic system is also involved in creating and recalling memories, so when it experiences a cocaine-induced dopamine rush, it creates a positive memory about cocaine use. Negative symptoms of cocaine use usually don’t set in immediately after using it, so the limbic system does not learn to associate them with cocaine. Cocaine addiction can be persistent, and even people who have maintained sobriety for months may have intermittent cravings and withdrawal symptoms. This is because cocaine use actually changes gene expression in brain cells by increasing levels of a transcription factor (a protein that turns on gene expression) called ΔFosB. ΔFosB remains active for up to 6 weeks, so one night of cocaine use can affect brain function and gene expression for several weeks. Finally, cocaine use increases connectivity between parts of the brain that control decision making (“executive function”) and memory. It might seem like more connectivity would allow people to resist temptation more easily, but since the limbic system created positive associations with cocaine, a trigger (e.g. a song or a specific place) can evoke “positive” memories of cocaine use that can be overwhelming. These functional changes can last for several years. There are several other components of cocaine addiction that are not well understood, including environmental contributions and genetics that might predispose someone to developing a cocaine use disorder.
How long does cocaine stay in your system?

If you are struggling with cocaine addiction, The Recovery Village Cherry Hill at Cooper can help. Our addiction specialists understand addiction and recovery and can tailor a comprehensive rehab program that addresses your needs.
Call Us Today
Sources