What Is Black Tar Heroin?

n or black in color, reflecting the impurities it contains. In contrast to white powder heroin from South America, which is around 46% pure, black tar heroin is only around 27% pure.

Black tar heroin may look sticky like tar, or it may look like a chunk of rock or coal. It often has an odor and may smell like vinegar. Common street names for the drug in Texas — a black tar heroin hotspot — include:

Besides retaining the impurities that are normally removed from white powder heroin, black tar heroin is often cut with other substances. This can include:

The Increasing Use of Opioids During COVID

More than 40 states, including New Jersey, are seeing spikes in opioid-related deaths during the COVID-19 pandemic. Through July 2020, overdose deaths in New Jersey increased by 17% compared to the previous year. Social isolation and job loss may be factors contributing to this, as well as limited access to support groups and counselors that would otherwise play a role in helping people remain sober. Some experts think that New Jersey may be headed for a record in opioid overdose deaths as a result of the pandemic.

Although anyone can become addicted to heroin, one study found that common characteristics among San Franciscans struggling with black tar heroin were:

Black tar heroin can also be combined with other ingredients and drugs. Sometimes, it is combined with cocaine in an attempt to lessen the “crash” that occurs after a cocaine high. Another combination is called “cheese,” which is a mixture of black tar heroin and over-the-counter cold medication. Cheese has been responsible for at least 40 deaths in Texas since 2004.

A high from black tar heroin can be similar to those of other heroin forms. A person may start to feel high within seconds if they inject the drug, or within 15 minutes if they snort or smoke it. A black tar heroin high can last up to six hours and may have many effects, including:

Overdose symptoms of black tar heroin are similar to those of purer heroin forms. They can include:

A black tar heroin overdose is a medical emergency. If the opioid reversal agent naloxone is available, it should be administered immediately; then, you should call 911. Because naloxone can wear off in as little as 30 minutes, it is important to seek emergency medical attention in case the victim lapses back into an overdose.

Black tar heroin is different from other injectable drugs because it can cause vein damage and infections. The acids contained in liquified black tar heroin result in a high risk of vein scarring. Because it is difficult to inject the drug into scarred veins, people who struggle with black tar heroin often begin injecting into the skin or muscles. This can increase the risk of skin infections and otherwise rare conditions like tetanus, wound botulism and necrotizing fasciitis. Contaminants in black tar heroin can also cause a variety of other serious infections, including infections of the heart, eyes and muscles.

When you seek help for quitting heroin, the first step will be to safely stop using the drug. It can be tempting to try quitting black tar heroin cold turkey while riding out any withdrawal symptoms, but this can be difficult and dangerous. Further, suffering through severe withdrawal symptoms is linked to problems with staying sober in the future. For these reasons, a detox program can help your chances of long-term success.

In a medical detox facility, you stay in an inpatient setting and receive around-the-clock medical care to treat any withdrawal symptoms that arise. This can include medication-assisted treatment (MAT) with methadone or buprenorphine-containing products. Medical detox is followed by inpatient or outpatient rehab, where behavioral treatments like counseling and therapy teach you the coping skills needed to live a heroin-free life.

Those who struggle with black tar heroin can find support within the state of New Jersey. The state government has a fully-staffed emergency addiction counseling line available around the clock at 1-844-ReachNJ. Further, the state has information about drug treatment resources on their website.

The Recovery Village Cherry Hill at Cooper is a licensed addiction treatment facility that specializes in helping people who struggle with heroin use. With a full continuum of care provided through a state-of-the-art medical rehab facility, our addiction experts are committed to helping people overcome heroin and lead a healthier, drug-free life in recovery. Contact us today to learn more about treatment plans and recovery programs that can fit your needs. 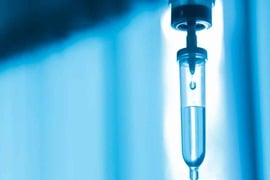 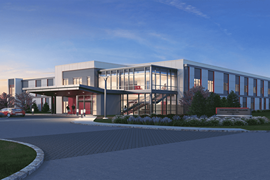 Read More
Editor – Jonathan Strum
Jonathan Strum graduated from the University of Nebraska Omaha with a Bachelor's in Communication in 2017 and has been writing professionally ever since. Read more
Medically Reviewed By – Dr. Jessica Pyhtila, PharmD
Dr. Jessica Pyhtila is a Clinical Pharmacy Specialist based in Baltimore, Maryland with practice sites in inpatient palliative care and outpatient primary care at the Department of Veteran Affairs. Read more
Heroin Addiction & Treatment related topics:
Loading...
What Does Heroin Look Like? Opioid Street Names Polydrug Abuse: The Danger of Mixing Drugs Heroin Addiction & Treatment
All Related Topics
Medical Disclaimer