A substance use disorder can worsen symptoms of bipolar disorder, so finding the right treatment is essential for recovery.

The Recovery Village
About our Editorial Team
Editor Erica Weiman

Erica Weiman graduated from Pace University in 2014 with a master's in Publishing and has been writing and editing ever since. She has... read more 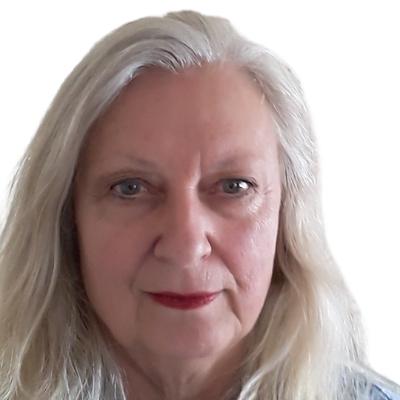 Audrey Howitt is a Marriage and Family Therapist licensed through the California Board of Behavioral Sciences. She has eight years of... read more

Bipolar disorder is characterized by shifts in energy, mood and activity in a way that impacts the person’s everyday life. It’s normal for anyone to experience typical ups and downs, but for someone with bipolar disorder, these shifts are extreme. It is estimated that 4.4% of U.S. adults will experience bipolar at some point in their lives.

Bipolar disorder frequently co-occurs with substance use and dependence. One study found that approximately 60% of people with bipolar I disorder (a more severe form) also had co-occurring substance abuse. Approximately 48% of those with bipolar II disorder (less severe) had co-occurring substance abuse or dependence. In particular, there is a high co-occurrence rate between bipolar disorder and alcohol use disorder.

Adding substance abuse to bipolar disorder worsens bipolar symptoms and is related to rapid cycling between mania and depression, and increased suicidal thoughts and actions. This negatively impacts long-term stability and happiness.

The Connection Between Bipolar and Drug Addiction

The hallmark of bipolar disorder is mood swings alternating between depression and mania. Alcohol, and other substance use and abuse, can cause a person to destabilize further, resulting in more frequent cycling between mania and depression. This destabilization can lead to more aggression toward themselves or others, possibly resulting in violence and suicide.

If a person uses substances to self-medicate, they may not know that their moods and irritability come from a mood disorder. Substance use can mask symptoms, leading someone to feel that depression or mania is normal for them.

Many bipolar people enjoy the mania associated with the condition. They may use substances to try to heighten or extend the manic period. Mania can result in periods of intense creativity and productivity, but it can also cause problems such as impaired judgment, leaving the person open to the consequences of poor choices.

Once a bipolar diagnosis is made, it is crucial to treat both disorders together. When someone with bipolar is in detox for a substance use disorder, bipolar symptoms such as depressed or euphoric mood may have a greater impact, complicating early recovery.

Treatment of Co-Occurring Bipolar and Substance Use Disorder

Substance abuse, including alcoholism, can worsen the clinical course of bipolar disorder. Bipolar people who are using substances are more likely to be hospitalized and often experience earlier onset of the disorder. They may experience more rapid cycling and more mixed mania, or depression and mania occurring at the same time.

For many, substance use disorder complications can mask bipolar symptoms. It may take several intake sessions to diagnose the co-occurring disorders.

Medications for Bipolar and Substance Use

The medications most frequently used for treating bipolar disorder are the mood stabilizers lithium and valproate. Naltrexone can also be helpful. Because evidence suggests that alcohol consumption can worsen bipolar symptoms, naltrexone may be used to decrease alcohol consumption and cravings in people with bipolar.

Lithium has been the treatment of choice for bipolar disorder for years. However, its use with bipolar disorder when it co-occurs with substance abuse may not be as effective. Several studies have shown that a substance use disorder, particularly alcohol, is a predictor of poor response to lithium. People with an alcohol use disorder appear to be at greater risk for developing mixed mania and rapid cycling.

Antipsychotics such as quetiapine (Seroquel) or olanzapine (Zyprexa) can be used alone or in combination with other medications, such as lithium and antidepressants (SSRIs) to treat mania and depression. SSRIs such as Zoloft can trigger a manic or hypomanic episode when not used in combination with other medications, so proper precaution is essential.

Psychotherapy for Bipolar and Substance Use

What Is Bipolar Disorder?

Bipolar disorder used to be called manic depression. It is a mood disorder that is marked by severe fluctuations in mood from euphoria to severe depression. It could go undiagnosed and untreated for years.

There are a few separate disorders under the bipolar disorder umbrella, including bipolar I, bipolar II, and cyclothymia.

Research is continuing into the underlying causes of bipolar disorder. It’s currently believed that several risk factors may combine to cause the disorder:

Bipolar I is the most severe form of the disorder and is marked by at least one manic episode. A manic episode is signaled by a period of time during which a person feels a persistently high, excited or irritable mood and feels aggressively compelled towards goals or behaviors, often to the detriment of other functions like eating or sleeping. The disturbance is enough to cause significant impairment in daily functioning.

Bipolar II is similar to bipolar I. The symptoms are usually the same, but the mania is less severe. This experience includes more energy and less need for sleep, but it does not impair functioning to the same level as bipolar I.

On the depressive side, a person may experience:

Cycling between these states can wreak havoc on an individual’s life, career and relationships. Understanding the person’s experiences to help them find solutions can change the trajectory of their life.

Can bipolar cause addiction?

Like many mental health disorders, bipolar disorder is a risk factor for addiction.

Why do individuals with bipolar disorder use drugs?

Bipolar mood swings can be difficult to handle. Many bipolar people self-medicate to control symptoms long before they are diagnosed.

Are medications for treating bipolar addictive?

Effects of Substance Use on Bipolar Symptoms

Use of central nervous system stimulants, such as cocaine and amphetamines, can produce mania-like symptoms including euphoria, increased energy and paranoia, while withdrawal from stimulants can produce depressive symptoms, like apathy, lethargy and suicidal thoughts.

Helping Someone with Bipolar Disorder and Drug Addiction

Our fully accredited treatment center provides both inpatient and outpatient programs for addiction and co-occurring mental health conditions. Contact us today to learn more about treatment programs that can simultaneously address your substance use and bipolar disorder to get you on your way to lifelong recovery.