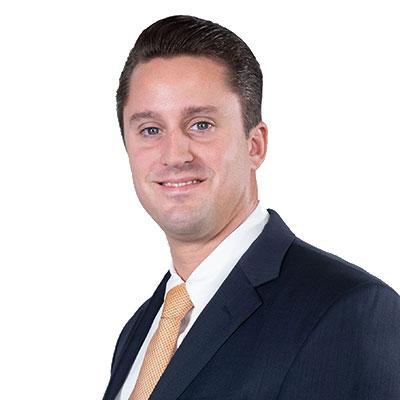 As a member of the Community Outreach Team at The Recovery Village Cherry Hill at Cooper, Don is dedicated... read more

Nicole leads a team of passionate, experienced writers, editors and other contributors to create and share accurate, trustworthy... read more

Join in for Sober October

Being sober curious is becoming increasingly popular, and Sober October could be a starting point to explore the benefits of abstaining from substances in your own life. October is also Substance Abuse Prevention Month, a time to highlight the role of preventing substance abuse for individual and community well-being, remember those who lost their lives due to substance abuse and celebrate people in recovery.

Participating in Sober October is a great way to also participate in Substance Abuse Prevention Month and show support for your family or friends who may struggle with substance abuse or who are in recovery.

Sober October started overseas around a decade ago as a fundraising effort, but it became more well-known in the U.S. because of the popular comedian and podcaster Joe Rogan. Several years ago, Rogan wanted to help his friend, who dealt with alcohol issues and weight gain. Rogan began a challenge for the month of October, following the Sober October framework. He and several other comedians, along with his friend who was dealing with problematic alcohol use, challenged one another to stay sober for a month from not just alcohol but also other substances. They also focused on fitness during that time.

Since that initial challenge, the comedians and fans of the podcast have made Sober October an annual tradition.

According to the State of New Jersey, there were 82,644 admissions to substance abuse treatment programs in 2017. Of those, 27% were related to alcohol. Twenty-six percent of those admissions required intensive outpatient care and 11% were to a residential detox program. Counties with the highest numbers of admissions included Middlesex, Essex, Monmouth, Ocean, Camden and Atlantic.

While we tend to associate Sober October primarily with alcohol, you can take it as an opportunity to abstain from any substances you use. Some people even integrate other bad habits into Sober October. For example, maybe you give up social media as well as substances.

There are no specific rules for how to participate in Sober October. Make it your own and embrace the challenge in the way that’s best for you and will allow you to feel proud of your accomplishments.

We often think that if we aren’t addicted to alcohol or depend on it, it’s not harming us or causing problems in our lives. Even if you don’t meet the criteria for an addiction, you may find sobriety is beneficial and improves your quality of life. If you were to abstain from substances for just one month, benefits might include:

There are so many benefits of Sober October, but of course, there are challenges. You’re giving up something that maybe has become part of your routine or a coping mechanism for you. You might have to rethink how you do things and how you spend your time.

For people in recovery because of alcohol addiction, those challenges can be much more amplified. By participating in Sober October, you can gain a better idea of what it’s like to be in recovery and perhaps become a more empathetic support system for your loved ones.

Why We Need Addiction Specialists in New Jersey

If you’re ready to start your recovery journey, we can help. Contact The Recovery Village Cherry Hill to explore available options and treatment programs for your substance use.
Contact Us Today